Estonia has borders to the south with Latvia and Russia to the east. It is separated from Finland in the north by the narrow Gulf of Finland and from Sweden in the west by the Baltic Sea.
Official name: Republic of Estonia
Total area: 45 227 square kilometres
Population: 1,342,000
Official language: Estonian (a Finno-Ugric language), English is widely spoken
The biggest ethnic groups: Estonians 67.9%, Russians 25.6%, Ukrainians 2.1%, Byelorussians 1.3%, Finnish 0.9%
Broadly divided into 4 regions: Tallinn, North, South and West Estonia; and into 15 maakond (counties): Harjumaa, Hiiumaa, Ida-Virumaa, Jõgevamaa, Järvamaa, Läänemaa, Lääne-Virumaa, Põlvamaa, Pärnumaa, Raplamaa, Saaremaa, Tartumaa, Valgamaa, Viljandimaa and Võrumaa.
Capital: Tallinn (402 000 inhabitants)
A local’s guide to Tallinn: the best fishburgers, speakeasies and Soviet-era art by the Gardian.com (Feb. 2022)
Number of islands: 1 521
Highest point: Suur-Munamägi (318 m)
Currency: Euro (EUR) since 1st of January 2011
Time: GMT +2, from April to November GMT +3

Economy
More than 71% of the Estonian GDP is derived from the service sectors, industrial sectors yield 25% and primary branches(including agriculture) approximately 4% of the overall output. The important sectors of the Estonian economy are theprocessing industry (approximately 14.5% of the overall production), transport, warehousing and communications (10%),commerce (13.5%) and estate, rental and letting, as well as business services (21%). Agriculture and forestry amount to 2.2%of the overall production, construction approximately 7% and government, education and health care to more than 17%. Exportholds such a prominent position for the Estonian economy and its growth. The volume of export of goods and services amountsto 73% of the Estonian GDP, export of services constitutes about one third thereof. The main services the export of which bringsprofit to Estonian enterprises are various services related to transport and Russian transit but also proceed from tourism. Morethan two thirds of the Estonian industrial production is for export.

Energy
Estonia produces nearly all of the energy needed for the country, supplying over 90% of its electricity needs with locally minedoil shale. Alternative energy sources such as wood, peat, and biomass contribute approximately 9% of primary energyproduction. The importance of wind power has been increasing steadily in Estonia and currently the total amount of energyproduction from wind is nearly 60 MW while at the same time roughly 399 MW worth of projects are currently being developedand more than 2800 MW worth of projects are being proposed in the Lake Peipus area and the coastal areas of Hiiumaa.

Nature
Over 10% of Estonia’s land territory is a protected area, which includes nature reserves, landscape reserves and five nationalparks. The area of forestland in Estonia cover 50 % of Estonia’s mainland territory. There are approximately 7,000 swamps (22% of Estonian territory), 1500 islands and 3800 km of coastline. The highest point is Suur Munamägi in South-Estonia - 318m. Rich Estonian forests are the home to many animals – seeing a hare, fox or deer is a common thing.Estonian bird fauna consists of approximately 340 natural species: over 200 are nesting birds, around 30 are migrating birdsand about 70 are occasional visitors. Many birds are found on small islands where there are up to 13,000 nesting couples per km2. 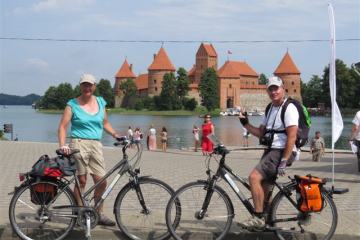 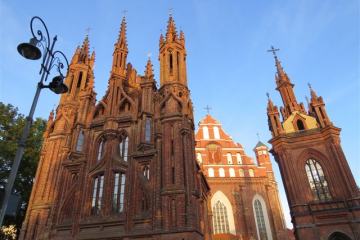